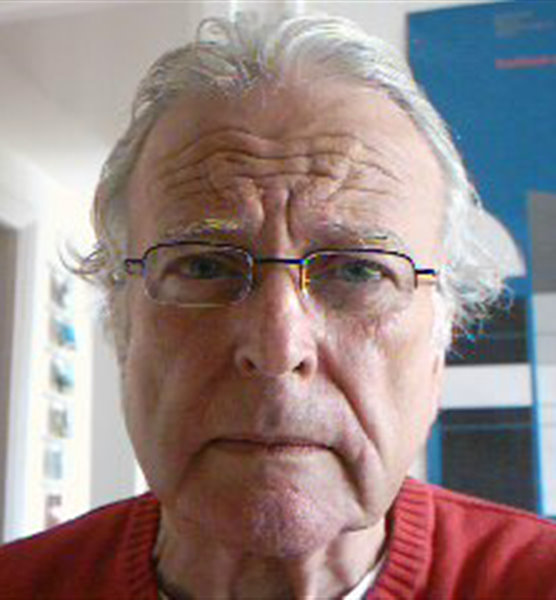 O.K. I checked this topic by using the search button and there was no posting about this matter.

Is there any member with experience? And is there a site for expats where you can find any?

And this was how it all started

We all know the rules of "engagement" No?
Yes

#11847 My Favorit Place To Drink Tsipouro And Eat Mezes

This all is served in their little cosy "stone house" (To Petrino in Greek) where the locals and the visitors meet, eat, and drink their mavros or tsipouro..no way any fancy drinks.

Here are some pics to make you envy me

O.K. promised Papous to tell some about the Cretan boots.

I bought mine in Timbakion but in general people buy them in Chania in the " Skridlof", just off Halidon Street. But that one has become very popular among the tourists.

The ones I bought in Timbakion had an ingenious extra; a very subtile litle extension at the heel of the boot that made it very easy to put them off. (left foot on the little extension of the right boot and than push the left foot downwards, a peace of cake

Very practical when you have a plenty full belly....)

The man must have died by now, ( I bought them in 1980) but maybe the shop ist still there

HOW TO AVOID STARTING DUPLICATE THREADS ABOUT THE SAME SUBJECT.

Members and guests who are new to the forum are kindly requested to use the SEARCH function of the forum (upper right corner of the pages) in order to check for existing replies to their questions. It is not unusual that other members before you had the same question, which has been answered already.
The SEARCH results will show to you all the threads that have been started for the same or similar questions and subjects.
Once you've found the topic that answers your question, you may ask for addtional information. This way we will keep the forum more functional and user-friendly. Don't forget that the regular members are here to help you, but it is boring for them to answer the same questions every now and then.

And another useful hint could be, before you reply in a topic, to read the whole of it.
That way you can avoid to reply in the same way as one of your predecessors has, and that's something you wouldn't want, wouldn't you?

Following Dinny's advice I start this topic about my "dream"

It started with my 2nd response in Yannis' nameday topic.

There is still a lot to explore both on Crete and on this site!

I was amazed, Yanni, when I followed your link to Rogdia and Achlada and wondered while viewing and listening, why I missed that one.

Since there are a lot of Cretan friends who are worried about the loss of Crete's identity it shouldn't be too difficult to redevelop and renovate such lovely places.

With the help of all the members of this board (600andsomuch) we could buy the place and make our selves a nice retreat by restoring its character and old splendour. We could raise a foundation (The Explore Crete Foundation) etc. etc. and me, being a renovation architect, would see my last dream come true and could finish my life and last job on my beloved Crete. Maybe I'd even be the first one thatll be buried on the renovated grave yard.

Dreaming on but than, what is life worth without a dream

This picture is an idea how it could look like.

This is an interesting book Yannis,

It should be read by anybody who has the intention to go and live in Crete!

In view of the programs name; "Plunder". I wonder if its safe to download their viewer.

I wouldn't suggest a service that is not safe. If you click one of the links above (other than the first three ones which are from Rapidshare), you will get a screen like this:

Use the link DOWNLOAD to save the file to your hard disk.

All the videoclips will play with Windows Media Player, but if you need a faster video player, then you can download the VLC player, which is recommended in the same screen. I have been using it for more than a year and it is a safe and good program.

This is great Yannis.

The great masters of Cretan music: Here is link 1:

#9126 Using Greek Characters Instead Of Greeklish

I would appriciate, and with me I think a lot of other Forum members, that in case you write something in Greek you'd use Greek characters. Using Greeklish ( or Latinoellinika/ËáôéíďĺëëçíéęÜ or Frankolevantika/ÖńáăęďëĺâÜíôéęá or ASCII Greek) does'nt help us much in trying to learn the language. Unless there is a Greeklish-English dictionary

I e.g. use Babylon Pro and by pointing my cursor on a Greeklish word it comes up with nothing.

Read, the Bull from the Sea: "The minotaur is dead, Theseus the bull-leaper returns to Attica from Crete. The boy-king must now be High King. He has sacked the Labyrinth, brought down the Minoan dynasty and now he must learn to rule like a god."

But these are the days when Greek kings are also pirates. So, Theseus must go raiding the Hellespont. He must seek the golden fleece, the secret of the Kentauer horse-men and the magical rites of the Amazones.

But also a hero-king can have his destiny stolen by his love...

For those members that want to indulge the stories of this famous writer; follow this link

Mirologia are Greek mourning songs that are "sad to the bone". The voices and the instruments (tambourine , clarinet and lute) play glissando which give these songs their grieving melody.

This text was translated by Sheelagh Kanelli and is an improvised one sung by country woman:

'My child, you have left me to go to the Underworld;
You've left your mother bitter, death stricken.
My child, where can I confine such pain?

PS It seems that both the name 'miralogia and mirologia' are used.

NOTE BY YANNIS: The correct Greek word is "mirologia". it comes from "mira" (fate) and "logia"(words)

When you need a holiday far away from the daily noisy world, it could be a good choice to find this peace in the valley just a few steps away from Makrigialos.

The old stone houses are refurbished with an ultimate simplicity in facilities. There is a solar electricity installation for the low voltage refrigerators and lamps in the bathrooms, hot water for the shower is provided by gas. If you want to experience the ultimate quietness go there and find out yourself.

If you are into music, Crete and chicken skin than hurry up and get yourself this tremendous CD.

I copied this from the Athen News and is written by Maria Paravantes.

'Erotokritos', the Cretan poem on the torments of love, has withstood the test of time, having for centuries represented all the virtues of the Greek character. Today, four Cretan musicians offer listeners their approach to a tale that has raised generations.

WHETHER in Shakespeare or Yeats, Aristotle or Sappho, the strains of love have always aroused inspiration in all those wounded by Eros' golden arrows. Erotokritos is one such tale of devotion written most likely during the 17th century by Cretan Vicenzos Cornaros. The 10,000-line epic poem in 15-syllable rhyming verse has for centuries been the voice of the Greek people. "Behind the 15-syllable expression of Erotokritos, there are thousands of people who tried to speak... and as many thousands who uttered sounds," Nobel laureate George Seferis has said of the work.

To this day the saga of love, which integrates influences from Greek mythology, the Renaissance and Cretan culture, speaks to the heart of the modern-day Greek, representing all those elements that have for hundreds of years moulded his spirit. Looking deep into their soul, four musicians come to dress Erotokritos with the sounds of their childhood dreams, adolescent desires and adult passions. Yiorgos Koumentakis, Loudovikos ton Anogeion, Nikos Xydakis and Psarantonis offer the music lover Erotokritos - Four Approaches to the Cretan Medieval Romance through the Lyra label.

First presented in July at Crete's Anogeia within the framework of the Yakintheia festival (dedicated to Agios Yakinthos, the patron saint of love), the hour-long CD accompanied by a well-written booklet (in Greek and good English), features singers Alkinoos Ioannidis, Lizeta Kalimeri and Niki Xylouri in stirring interpretations of the poem.

Erotokritos (or Cupid's favourite) and Aretousa (the virtuous one) fall in love but the girl's father, the king, will have none of it. To "heal" his daughter of all ill he sends her to prison and the love-stricken lad into exile. Verse after verse Cornaros uses poetic word to describe the feelings of loss, separation and longing. Unlike most tales of romance, Erotokritos has a fortunate ending when the two "more mature and wiser" re-unite for eternal happiness and "human values and virtues are restored", Athens University professor Giorgos Giatromanolakis explains in the sleeve notes.

And indeed, Erotokritos is perhaps the most far-reaching poem in Modern Greek literature, conveying the timelessness of the principles a culture holds dear.

Deeply lyrical, the tale unfolds with an instrumental motif (mostly to the sound of a lone violin) composed by Xydakis. Loudovikos' rippling lyricism comes to transport the listener to 17th-century Crete. Both composers (native Cretans themselves) have taken the traditional song of their homeland and dressed it up with sounds of the restless wind, the whispering rain and the rustling leaves as hints of Vivaldi's Spring welcome the blossoming love between Erotokritos and Aretousa.

Loudovikos follows with an arrangement of perhaps the mostly heard (and played) musical segment of the work. Most moving is "Afentopoulos tis Mytilenis" (The Master of Mytilene), where popular singer Alkinoos Ioannidis makes his silvery presence felt as Xydakis narrates: "The time has come for princes of the land to show their might in a duel, and those who win may they be praised as those who loose shall live in disgrace."

Ioannidis' is a voice to marvel at. Superb tonal accuracy, idiomatic sensitivity and piercing clarity make his song spine chilling.

Kalimeri (under Loudovikos' wing) also delivers a fine interpretation of a wondering Aretousa who wishes to know who serenades her, "lighting fires deep within". Kalimeri also sings of Aretousa's vow of eternal love.

The crude side of the Cretan character (and of all those Greeks who live in the remoteness of the rugged mountainside) is conveyed through the gruff voice of Psarantonis (Antonis Xylouris, brother of the great Nikos Xylouris). Together with his tempestuous lyre playing, Psarantonis' elemental passion, instinctive ability and rhythmic execution serve as unifying factors that bring out the spirituality and primitiveness of the haunting landscape.

The fourth and final approach to Erotokritos comes from Koumentakis, who composes inspired by the fauna of the Cretan countryside - which also spurred Cornaros to create his masterpiece. Koumentakis blends traditional Cretan music with Byzantine rhythmic heritage and sounds of the Mediterranean to produce three instrumental pieces for cemballo interpreted by soloist Alexandra Papastefanou.

Erotokritos - Four Approaches to the Cretan Medieval Romance is indeed an asset to any CD collection. Not only does it host the ebullient originality and distinctive musical language of its guests - four Cretan craftsmen - but it also proves that true art is ageless always serving as a source of inspiration for those who have the keen eye and appreciation. Furthermore, Erotokritos bears witness to the traits that have shaped the Greek character and "the fate of a nation. Always on the borderline of place and time, always preparing for a time of brilliance, always threatened by disaster", as Seferis poignantly points out.


Erotokritos ("Tried by Love") is an adventurous love poem of 10.010 lines composed about four centuries ago, written by Vicentso Kornaros during Venetian rule and the pre-Ottoman burst that came to be known as "Cretan Renaissance".