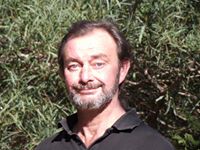 Ah, the sweet, rich smell of rain. That distinctive scent wafting up our nostrils comes from a naturally occurring plant oil that is absorbed by soil and rocks during dry periods. When rain falls, the oil is released into the air along with an organic compound called geosmin that's produced by the bacteria in wet soil. It’s this combination that creates that clean, earthy, “just-rained smell”. Rain itself has no odour. Even acid rain looks and smells just like the normal kind. 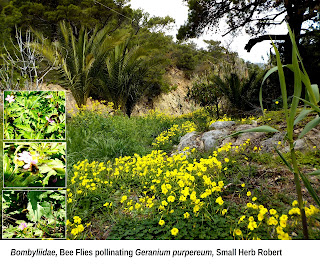 We’ve had rather a lot of rain recently but before we go down and see what effect it has had on our stream I noticed this little patch of ground when we emerged onto the track last week. It is regularly cultivated later in the spring but let’s have a look and see what’s taken hold before the rotavator moves in. Plenty of Wood Sorrell here at our feet and some stands of White Mustard in front of the Date Palms but just check out these little pink flowers. These are Small Herb Robert and they are certainly attracting the little Bee Flies. As their name suggests they are flies that have evolved to protect themselves by looking like bees. Whenever you come across an animal that seems to have two contradictory names the second name tells you what it is and the first name tells you what it resembles. Thus a Whale Shark is a shark that resembles a whale and a Curlew Sandpiper is a sandpiper that looks like a curlew and not the other way around.

Crete Nature: Tales Of The Riverbank

If we just push our way through these giant canes we should find the…splash!...stream. I’ve found the water; my right foot has at any rate. I’ve also found a rather interesting character wandering over this rock here. An eight legged arachnid but not a spider. She is one of the hard backed ticks (like books, they come in hard back and soft back) and I think that she’s a Brown Dog Tick. Although they prefer dogs as hosts (and we have plenty of hunting dogs in this area) they will take blood from any mammal including us. As she can host bacteria that would result in us catching Mediterranean spotted fever she is best avoided – like the plague as it were. I think we’ll press on. 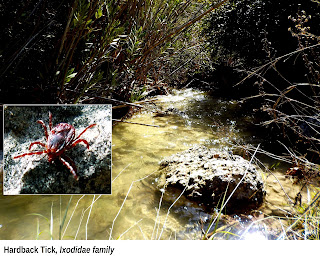 Here we are below the Milonas waterfall and the cataract is still tumbling down through the rocks sounding like a symphony of swirling streams. A veritable jungle of giant cane and oleander surround us and up among the rocks small flowers like this Algerian Iris are taking advantage of every crack and crevice that holds a modicum of soil.  Not only is it a ridiculously pretty little flower but its rhizomes - the underground stems - contain some useful compounds (Kaempferol and 8-Methoxyeriodictyol if you're into phytochemistry), both of which are important in the fight against diabetes and a wide range of cancers. 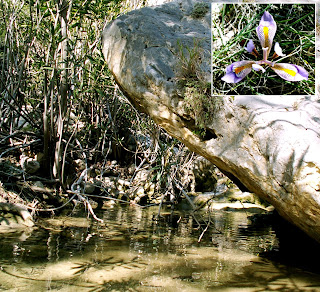 We seem to have emerged from the woods unscathed and the waterfall now lies directly ahead of us. We’ve had to take quite a detour to get around those imposing cliffs but it should be quite a gentle stroll today (famous last words) with plenty of opportunities to look about us. Let’s start with a few flowers that are heralding the arrival of spring later this month. In the shade of the rocks among the pine litter we have the white nodding heads of the Cretan Sowbread which is a type of Cyclamen; the yellow Fumana, a type of rock rose which we saw budding a few weeks back, is now in full flower; and our first orchid of the season: The Fan Lipped Orchid. 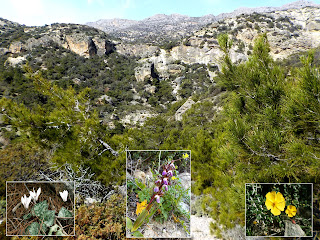 The next obstacle on our route to the Milonas Waterfall would appear to be a densely wooded slope but before we venture down into the sylvan gloom just listen to the birds this morning. The descending trill of the chaffinch; the harshdzeee of the greenfinch; the machine gun rattle of the Sardinian Warbler all coming from the trees and bushes around us whilst up above the ravens are cronking and a buzzard is mewing. What a lovely start to the day.

The wonders of the woodlands - #CreteNature blog: Into A Dark, Dark Place  https://niume.com/post/269790 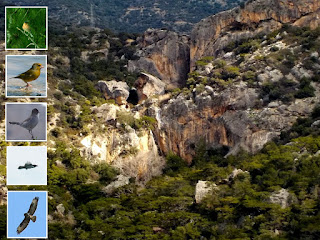