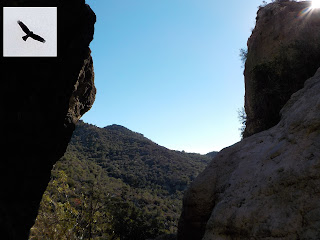 No matter, the sun is shining and there’s a flying circus in the sky. In case that seems a bit odd, forget the tents, clowns and performing seals and think of the origin of the word. Circus comes from the Greek kirkos meaning a circle or ring and was applied to a place of entertainment where the seats were arranged in a circle around the performing area. It is also the generic name of the birds that circle as they hunt which we know as Harriers. There have been four species recorded on Crete: the Marsh; Hen (or Northern); Pallid; and Montagu’s. The last three are rare and the Marsh, although a frequent passage migrant in the spring, only overwinters here in small numbers. It’s a bit too high to make out details but it’s still an exciting start to the day as it’s the first Harrier of any type that I’ve seen in these parts.
Read on at https://niume.com/post/243926

Also tagged with one or more of these keywords: nature, wildlife, flowers, birds, insects, fungi, fossils