TRUE WW2 CRETAN PATRIOT in the real sense of the word !& 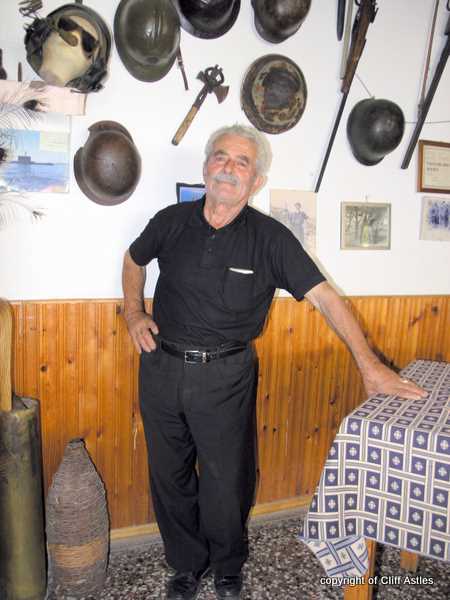 I was lucky enough to meet this person, but do not know his name. He agreed to allow for me to take his photo (did ask) when I was visiting the lake at Kournas. We had had lunch, at the family cafe' and I then visited the gents, only to find an "Alladin's Cave" of WW2 treasures (in the indoor eating area), well they are to me anyhow. I asked who they belonged to and was told they belonged to their father. Luck was with me, as he had just returned from Chania. We had a nice meeting, and brief discussion, re WW2 and when I asked for the photo, it was no problem. (My father served in North Africa, Sicily and Italy in WW2). Have a little present for him when we go back to the lake, I feel sure he will like it.