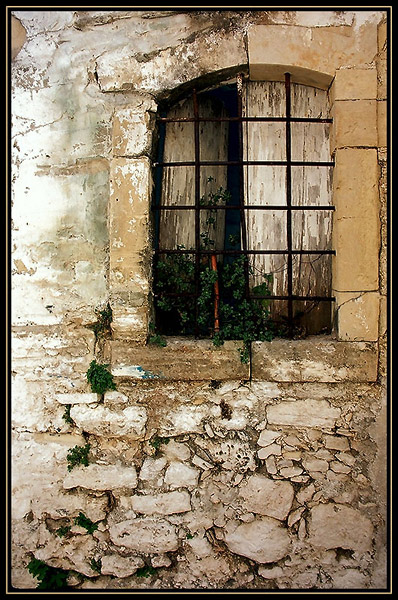 Picture was taken in Argiroupolis village. Argiroupolis is the site of the ancient city of Lapa. Lapa was one of the most important cities of western Crete during Roman times.Lapa was also important during Byzantine times but it was destroyed by the Arabs in 828 A.D. Today many buildings and churches have been constructed using stones and other building materials from the ancient cities and the more recent Venetian buildings.